Why did @Red_hood get banned? If it’s because of my name, that’s dumb @AshTheAnti-Hero

I didn’t suspend him

Could you get banned / suspended by getting flagged alot?

ima go deeper to find out

the only other person that can suspended people is frosty which has not been online for a very long time (I think he can still suspend people if he has power to do that) and Blife which is most likely him.

Blife is one of the people I trust the most out of everyone else in the website, plus I don’t think it was because of the name, because Nuggy or Blife would have to give him that name. It would be pretty much impossible for a user to have a inappropriate name after changing the name as long it was not their original username when they signed up, unless we ever had a mod who did something wrong to let the username pass by accident or being not so good of a mod, and currently Nuggy is the only mod here (blife is a admin), and I trust everything about Nuggy too

So in short terms, no @Nightwing. He did not get suspended for inappropriate user name

well he can also see about everything 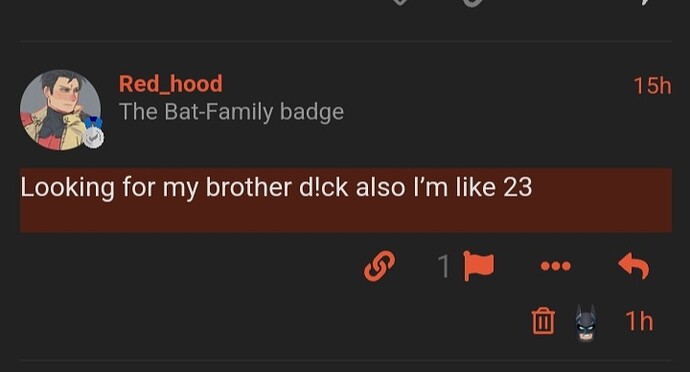