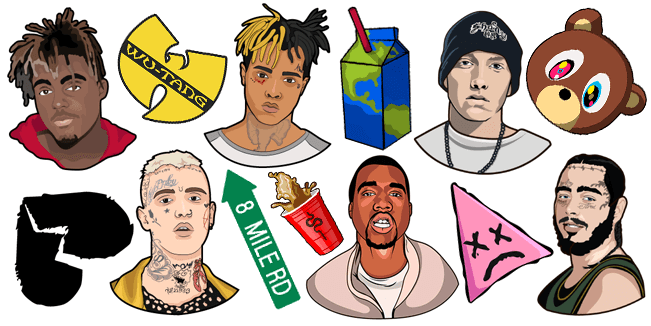 Rap music is undeniably one of the most popular music genres in America today. It bridged the gap between spoken poetry and instrumentation, infiltrating almost every genre and creating its own subgenres among its way, such as rapmetal, rapcore and mumble rap. Rap’s a delivery style that includes rhyme, rhythm, and spoken language, usually delivered over a beat. It’s a part of a wider Hip-Hop culture, which includes the spoken word, the beats, break-dancing and graffiti art.

DJ Kool Herc is widely credited with starting the genre with his back-to-school parties in the 1970. In the 1980s new key players shaped the rap as we know it, like Run-DMC, Eric B. & Rakim, Public Enemy and A Tribe called Quest. Beats productions were denser, raps faster and sampling skyrocketed. In the late 1980s West Coast joined the game with such West Coast rappers as Too Short, N.W.A. and Ice-T. The 1990s saw rap’s most famous split to East Coast versus West Cost. Aside from stylistic differences there were also personal differences with most iconic between Tupac Shakur and The Notorious B.I.G. Rappers like Jay-Z and Snoop Dogg become popular on both coasts.