for not listening to staff

it seems like the ban hammer has a crush on you, perhaps? 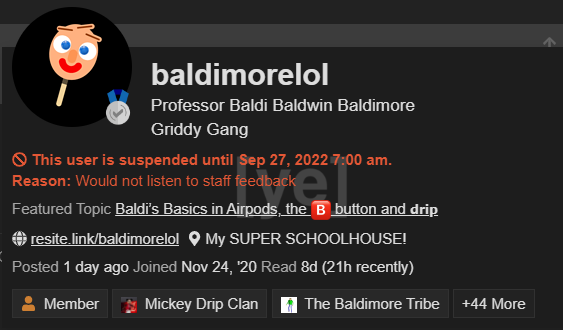 also baldimore was banned for like idk 34th time

I only saw him get banned for one second

I think it was deleted, but I saw something about it floating around and it sounds like he tried to do a rip-off of Ash’s Big Bird topic and didn’t stop when Ash asked him to? I’m not exactly sure what happened.

the ban hammer do be bad tho

(traversetxwn whispers to you: he’s using an alt, gem)

Yeah something like that but he continuously made topics about it

No, @ballmore is his main

Its his alt lol