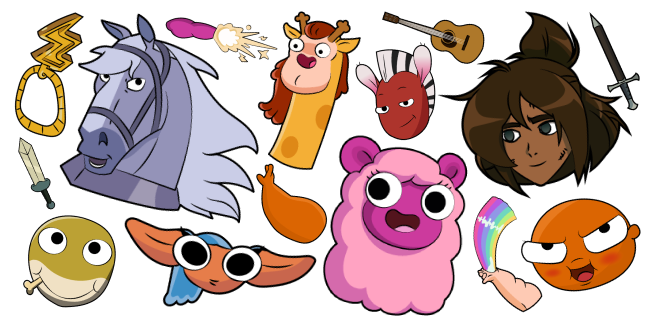 Centaurworld is a colorful American animated musical comedy television series created by Megan Nicole Dong which is streaming on Netflix. This series became very popular due to its brightness and happy songs which they sing all the time.

Centaurworld is telling us about a blueish-grey warhorse named Horse who got separated from her rider and ends up in the magical dimension called Centaurworld. You can already find her in our fanart Centaurworld cursor collection. The Horse was transported from her embattled world to a strange land inhabited by energetic, singing centaurs of different species, shapes, and sizes. Among them is pink alpaca centaur Wammawink, a naive and friendly giraffe-like centaur Durpleton, cynical Ched, a gerenuk-like centaur Glendale, and an effeminate zebra-like centaur Zulius.