i made a story! 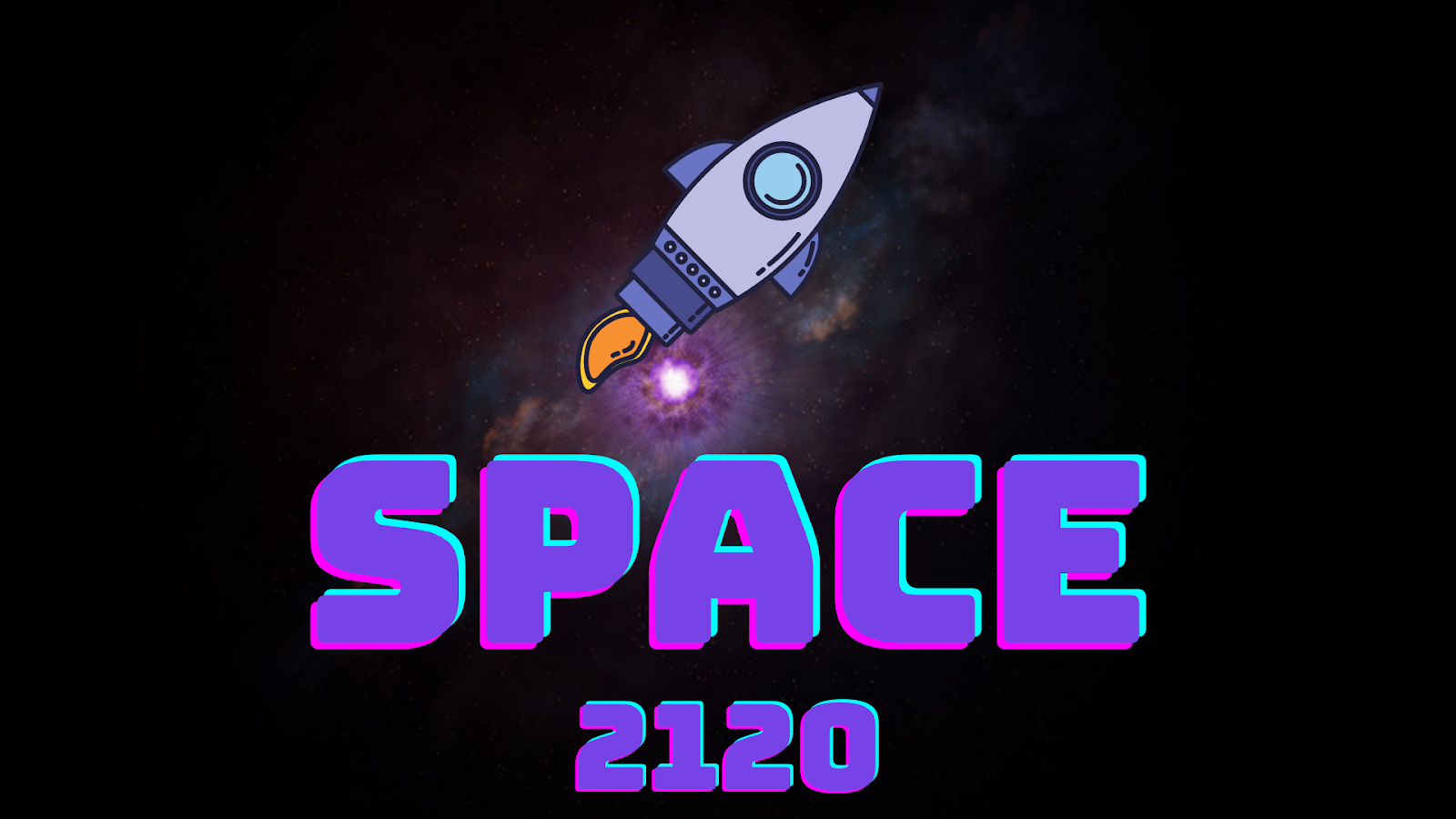 Today was the launch of the first rocket that would go to another solar system. I was one of the astronauts that were boarding the spaceship. As it launched, the rocket shaked and shaked. It was almost like it was going to fall apart. Suddenly, the shaking stopped, and then I heard a thump sound, the 1st stage detached, and the 2nd stage fired up. My fellow astronauts and I got into space shortly after and began our journey.

Two days after launch: everything was going well. We had got to the moon, and I had to fix some wires. Suddenly, a fuse broke, and shields were down, so I went to the laser cannon control to destroy the asteroids while shields were down. This was a reminder that being an astronaut is not easy, and we would have a lot more problems on our 2-year journey.

Five days after launch: today, I woke up and looked out one of the many windows and saw mars. It looked like it was winter because most of the robots on mars were in the mars bases. We had some problems getting to mars, but they weren’t big problems. Everything is going well. We are preparing the spaceship for fast travel after we get out of this solar system. 15 days after launch: we are about to get out of our solar system, but we have to get through the barrier of our solar system, filled with comments and asteroids. A couple of asteroids all of the sudden, a red alarm went off. I ran to navigation, where I found out that we got hit by a giant asteroid. I had to do a spacewalk to fix the damage, so I did. one hour later: I finished repairing the damage, and we could fire up the engines. I was getting worried now not only will we be going faster than any other space ship for the first time, but we also will have to be on our own because the radio delays are too significant to keep depending on NASA for orders. Twenty-five days after launch: we have passed the barrier, and we are now in open space. We are also on our own now, so I hope things go well also today is when we have to fix up some stuff I have to fix up wires, and everyone had to do a scan to make sure they’re not sick. I also had to clean the o2 filter if it gets clogged, it might not work, and we will have no air to breathe, so I fixed it. One hour later: NASA told us that we would be using the fast travel to get there in 5 days. This was big news, so we fired up the engines and started to go. 28 days after launch: everything was going well when suddenly, boom! Something blew up. I looked in the reactor and saw that part of it blew up and left a hole in the spaceship. I ran to tell everyone else and closed the doors. We stop, and we had little time running low on power. We had to act fast before everything shut off, and we were stuck there with no way to fix the ship. I turned off the engines to save energy and me, and nine other astronauts went to look at the damage and try to fix it. It wasn’t very good. The ship’s back was open, so we grabbed the metal plates from the spare parts and welded them to the ship. The ship’s auto repair system finished the welding job then we went back inside to fix the rector. After a lot of hard work, we fixed all of the damage and were on our way. Thirty days after launch: yes, we are at our destination now we have to look for a planet to terraform then we found one as we landed and unloaded some robots we sent back to NASA using the modified radio for fast-talking they told us that they sent more ships and they should be there in 1 day.

Thirty-one days after launch: the ships landed, and we unloaded all the stuff. The robots found places for bases and materials and started building I, and the 119 other astronauts set up the headquarters until more people come. after we set up our bases, we went looking around the planet, we did tests to find out what was in the air. Also, we took samples of the ground to look at later. Five days after landing: after we got settled on the planet, we started looking for metals and other resources. We found out that the planet we landed on has a lot of rare metals and diamonds. We sent out the mining robots and the scanner robots to look for resources. Soon they found a cave, so the mining robots come to look for resources. While the robots were drilling the metals, the other astronauts and I set up the other robots to start a mine to make a bigger base. We set up transporter robots to move the drilled metals and furnace robots to smelt the raw metals, and we set up charging stations to keep the robots charged. Also, we set up refineries to process the smelted metals, and after two days of hard work, we had finished the mine. Twenty-five days after landing: the other astronauts and I had completed everything we needed to do before other spaceships with people arrive. I am thrilled that we did everything on time because we had put down the foundation for colonizing a planet in another solar system. 30 days after landing: after people came, at the WORST time, NASA said we had to leave NASA said that the planets sun was about to run out of fuel, so we need to get out, I and the astronauts and some lucky people who were on the planet packed everything up and headed off we planned to cruise in space for a bit before we go to another planet NASA was planning what planet they wanted us to go to Next, the spaceships with people headed back to earth and it was just. Us and the four other spaceships. Sixty-five days after launch: today was a big day we needed to fix some things up on the spaceship. Little did I know today was going to get much, much worst. As I got out of bed and getting ready to start the day, I looked out the window as I always do. I went to fix wires and to fix shields. As I finished, I looked at the backup battery’s power. It was not good. It was super low if anything happens to the main battery, we would be in big trouble. after I did everything I needed to do, I Relaxed when suddenly something hit the ship, and multiple alarms went off. I got my spacesuit on and went to look at the damage what I saw was not good, one of the rocket engines had been knocked off it was only held to the ship by a few wires. All the other space ships stopped, and I was looking for ways to weld back the engine. I made a risky move and went into the engine. I looked inside and saw all the wires. Luckily, I am good at fixing wires and knew where all the wires need to go, but it would not be easy. The reactor had shut off with only one engine to power it, and the backup battery was running out of power fast. I have to work quickly before the ship runs out of power. If we run out of power, there is no way to turn it back on, even with the other engine. I put all the wires in the right place and only had five more minutes before the backup battery ran out. I worked fast, welding the engine back to the ship. The power was back on, but we were not out of the clear, yet the o2 unit was still off. We had to get it back on. Also, we had to check for holes in the ship because if there are holes in the ship, we can’t be on it without spacesuits. Luckily there were no holes in the ship, and everything was back online. One hour later: NASA said that we would hop from planet to planet and do deep space exploration, so I guess that means that we won’t be back home in a while, but we will lay a foundation for other missions. 2 years after launch: today is the big day we are going home we have helped NASA a lot, but it is time to go back we got ready to get back home in one day as we prepared the ship everybody was happy, we were going back home we told the other ships they were happy too, and as we got ready to fire up the engines to max power we looked a space one last time. One hour later: one hour into our way back, everybody was playing games. We were all happy to go back home, it’s almost bedtime, and the spaceship pilot switched to the co-pilot for the last time. Thirty minutes before landing: we woke up to earth’s gravity. All of us felt a bit heavier, and we were almost at the launch pad that we took off from 2 years ago. As we landed and got off the ship, many people cheered and were happy we were back. The other spaceships came shortly after we landed. NASA said we did so well that we would get on another mission next year, but until then, we can relax as they process the data we brought back. I am delighted I was a part of this mission. I am looking forward for my next mission, but I am glad I have time to relax too!

yay i got a vote!

I never read it but

do you wanna see the second part?

im trying to get it published