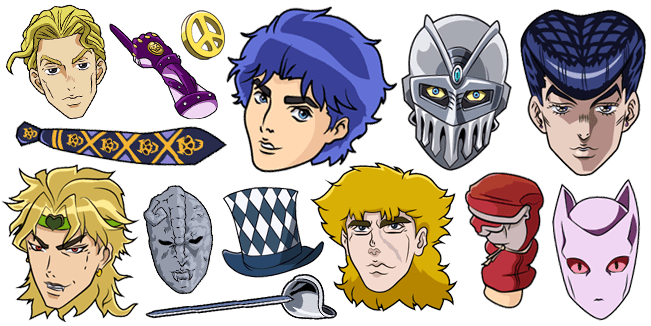 JoJo’s Bizarre Adventure is often shortened to JoJo or JJBA. It is started as a manga that follows the journeys of the Joestar family members across generations and continued to anime series and video games. The plot of JoJo Bizarre Adventure is supplied in multi-chapter arcs detailing precarious, melodramatic conflicts between parties defined both by unique supernatural powers, mainly by Stand phenomenon and exclusive ambitions, attitudes or moral stands.

After being a hit in manga JoJo’s Bizarre Adventures has s become a cult phenomenon in a world of amine and there is a good reason for the series popularity. It’s extremely entertaining and imaginative. With over 130 episodes of anime and even larger manga collection, it’s understandable that a new viewer might be intimidated by it. But everyone who starts watching it becomes a fan of the series.

If you want a full JoJo experience you should start with Phantom Blood, which is part one of JoJo’s Bizarre Adventure and it’s an easy quick watch. Phantom Blood consists only from nine episodes but has its charms. With Dio Brando as an instant classic villain and Robert EO Speedwagon as a supporting character.