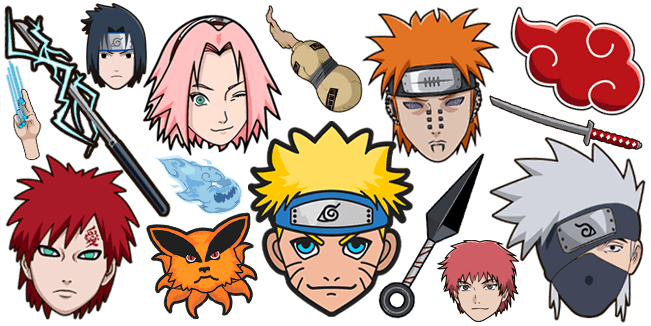 Naruto is, of course, the main character of the anime series “Naruto”. Based on Japanese manga series and illustrated by Masashi Kishimoto about a young ninja Naruto Uzumaki who seeks to gain recognition. He wants to become a Chief of his hometown. He doesn’t have any special bloodline powers like some kids from his hometown, but when he was born he was cursed with the power of the nine-tailed demon fox sealed inside him. Villagers feared him and mostly ignored him.

Naruto is part of Genin Team 7 with his partners Sakura and Sasuke. They also have Kakashi as their team leader and sensei. Naruto has a secret crush on Sakura, but she ignores him. As Naruto grows over 600 series episodes he becomes more and more capable ninja, people begin to let go of their prejudice towards him.

Now you can join the his adventures with our Naruto cursor collection. We have gathered your favorite characters as cursors, like: Naruto Sakura cursor, Sasuke Cursor, Naruto and Kurama cursor, Hinata cursor and many more to be added.