I think it would be nice in the future if there was a new category for sharing custom made cursors from the community where artists can share their own creations for others to use. Unless there is already a place for this, let me know. I’m sure there are some who would be interested in being able to share their own cursors.

I thought of these suggestions because I made these two cursors for myself. 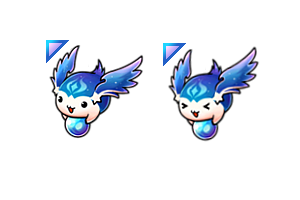 This character is owned by Ateam Inc. Since the base photo I used to create this cursor is an official picture that is owned by them, I don’t think this would be something able to be officially uploaded by the owner of this Custom Cursor website. However, as a member who just did it for “fan made” purposes, if there was a way to share it to the rest of the community under the new category I suggested or being able to “upload” it, would be amazing.

I think this is something that could be implanted later in the future. It would certainly expand the community.

Yes. I love this idea, but what about everyone else. Most people are not as artsy as you are. I like the cursor you made though.

Got you! Great job by the way!
It would be easier for others if you would add separate pictures for cursor and a pointer!

I was a new member so I wasn’t allowed to put more than one haha.

Of course not everyone is artsy but I don’t understand the issue. Are you saying people would get jealous? That’s on them really, when the cursor is shared throughout the community why would jealousy be an issue?

Good point. I was just saying the section wouldn’t be very active. That’s just my opinion though.

Also, I would like it if you could move this thread back to the Suggestion Category. I know it contains my fanmade cursor but I will be posting that one and more fanmade cursors in a separate new thread in the Creation Category. This was just an example is all.

Ah I see. Activity shouldn’t be an issue, less work for the moderation team tbh. But opening up that category can give the site more opportunity to get views. I’ve been sharing this site with other artists

Well I’m not too good at drawing on the computer. I’d need a drawing pad that connects to the computer, but good idea!

Some people draw just by mouse, so drawing pad is optional

this is so great i love it

Some people draw just by mouse

That takes a lot of talent (I can draw on paper but not on a computer) but when it’s done it comes out looking as good as your cursors! (your cursors are really cool and I plan on posting one of my pictures I drew in the #community-creations category very soon)