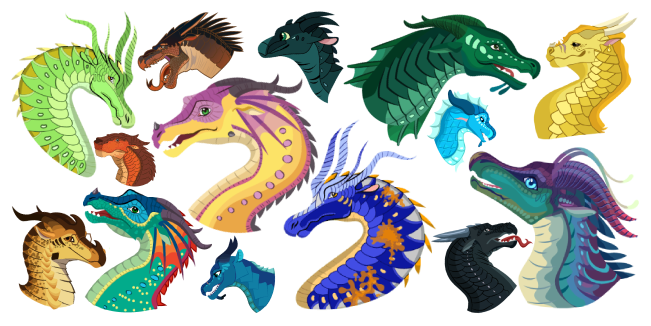 For sure, you have heard at least once about this fascinating novel series about dragon clans and the drama around them. Wings of Fire is for lovers of action, adventure, and fantasy. They will be most enjoyable for reasonably confident readers from ten years of age, possibly nine years if the child is okay with violence and other sensitive content. These fantasy novels were written by author Tui T. Sutherland and published by Scholastic.

The series nowadays consists of three arcs, which focus on young dragons, called dragonets, fulfilling prophecies in a fantasy world. Each of these arcs consists of five books, each of which centers on its protagonist whose story is told through a third-person limited point of view.

The world of Wings of Fire consists of two continents populated by dragons – Pyrrhia and Pantala. While Pyrrhia is home to seven tribes – MudWings, SandWings, RainWings, SkyWings, IceWings, SeaWings, and NightWings – Pantala houses only three tribes – HiveWings, SilkWings, and LeafWings and hybrids which are in the world. All of them you can find in our fanart Wings of Fire cursor collection. Each tribe is ruled by a queen and has a royal family.

If you are a big fan of these fantasy novels about dragons - we have great news for you! Now you can find all of your favorite characters in our fanart Wings of Fire cursor collection. So soon, you can find the Chameleon and Kestrel cursor pack, Wings of Fire Riptide and Princess Tsunami pointer, books cursor with Blue and Cricket, Glory and Deathbringer cursor pack, and many other dragons will come to you.